Engaged While Still Married: 3 Things You Should Know 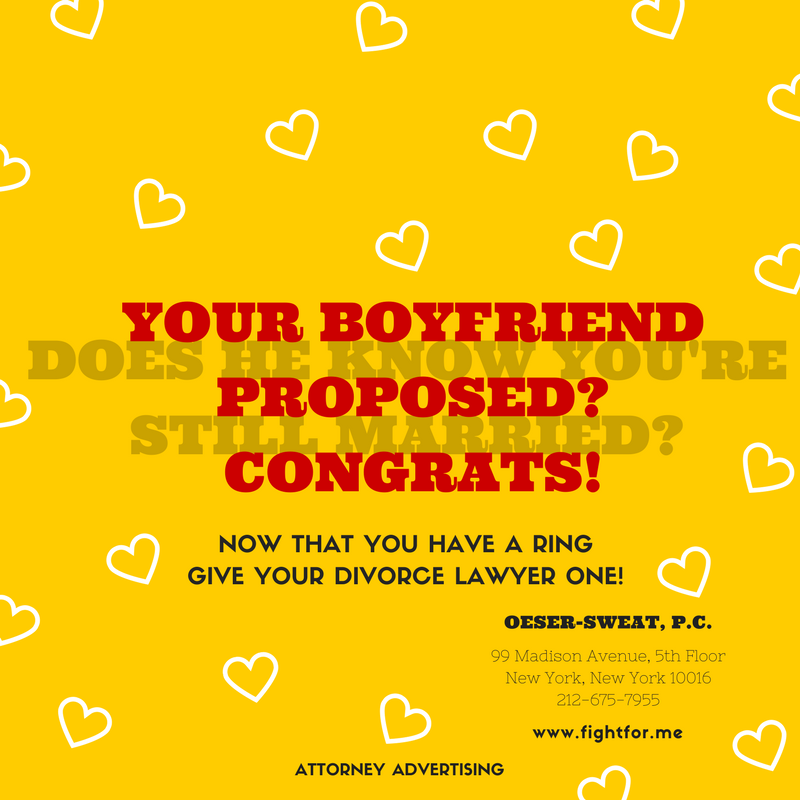 Stated another way, it is illegal in most places to get married before you are officially divorced. While it is not illegal to get engaged while still married, in most places, getting married while still married to someone else is called bigamy. People sometimes ask “can you be married and get a divorce at the same time” which is possible. However, in many states, there are laws that make bigamy a criminal offense.

2. Don’t set a wedding date before getting a divorce.

3. If there are children involved, consider giving them time to adjust to what is going on.

There are two scenarios in which this often occurs.  The first is that in which one or both of the parties has children and a divorce is pending. In such situations, the couple should consider waiting to get married so that the children can have time to adjust to their new lives. Counseling should be a consideration in these scenarios.

In the other scenario, there is a baby on the way and there is a race to divorce before the unborn child enters the world. This can be stressful as the court’s timetable is not usually influenced by the pregnancy of a third party.

ENGAGED AND NEED A DIVORCE?

If you are looking for a New York Divorce Attorney, we can help! Contact us: